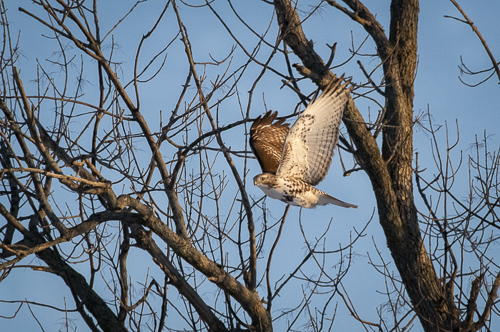 According to Sun Bear’s Earth astrology, the Red hawk is the animal totem of people born between Mar 21-Apr19. The corresponding sun sign in zodiac astrology is Aries.

Animal totems can help us to understand our patterns and behaviours and make sense of them. It is also helpful to understand the characteristics of the people around us.

Says “Hawks are one of the most intriguing and mystical of the birds of prey. They are the messengers, the protectors, and the visionaries of the air.”

Study the habitats and habits of the animal totems

Do they live on land, in the water, can they fly?

What do they eat? They are carnivores. By far, the most important prey among rodents is squirrels as they are almost fully diurnal.

Sun Bear speaks: “Red Tail hawks are very special birds to native people. Those of the Pueblo societies referred to them as red eagles and considered that they, like the eagle, had a special connection with the sky and the sun. Because the birds can fly so high and see the earth so clearly from their heights, feathers from them were often used ceremonially to carry prayers to the sun and beyond, to the Creator.”

Learn to use the power

Animal Speak by Ted Andrews: The red tail is very symbolic. It has ties to the base chakra, located at the base of the spine the coccyx or tail bone. It may pop up as a totem at that point in your life where you begin to move toward your soul purpose more dynamically.

The red-tailed hawk is a member of the group of soaring hawks. The ability to soar and glide upon the currents is part of what hawk can teach. Although it is a part of this species, it is most often seen perched on treetops and utility posts, using its phenomenal eyesight to locate prey. It teaches how to fly to great heights while still keeping your feet on the ground….

Because of the strong energy (the intensified life-force) activated by this totem, an individual with it must be careful in how they express themselves. There will unfold within you the ability to tear off the heads of any snakes in your life, or anyone or anything seen as an enemy. Your comments and actions will be like the hawk’s beak and talons – strong and powerful, but with a capability to tear and/or kill…

The sky is the realm of the hawk. Through its flight it communicates with humans and with the great creator spirit. It awakens our vision and inspires us to a creative life purpose.

Red tailed hawks mate for life. Both male and female incubate the eggs. The mother guards the nest.

RedHawk people like the sun and warmth and they also like to be in active situations which can utilize their intense mental, physical and emotional energy.

They are usually open people, willing to listen to any new ideas or philosophies, and sometimes they accept things that later prove harmful for them. When they find themselves in the wrong situations or under too much strain, they can fracture, like their stone (the opal) and lose the life vitality that usually gives them their fire and sparkle.

Red Hawk people, are often the symbol of hope for any new idea that is struggling to be born.

Red Hawk people may have the tendency to hit their heads accidentally a lot more frequently than other people, perhaps because they sometimes tend to fly into things too quickly, without taking the time to look them over.

Because of their clear sight, foresight and energy, Red Hawk people make good leaders when they have learned to channel their energy and to stay with something as long as it need them.

Your colour is yellow

Be conscious of where and how your express and expend your energy.