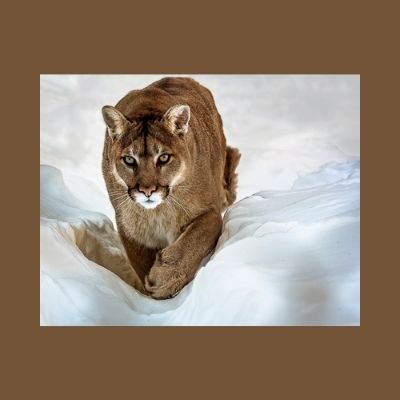 According to Sun Bear’s Earth astrology, the COUGAR is the animal totem of people born Feb 19 – Mar 20. The corresponding sun sign in zodiac astrology is Pisces.

Animal totems can help us to understand our patterns and behaviours and make sense of them. It is also helpful to understand the characteristics of the people around us.

Study The Habitats and Habits of the Animal Totems

Do they live on land, in the water, can they fly?

Are they pack animals or loners or both?

What do they eat? How do they hunt and capture their prey?

The Cougar lives on land, can climb trees and mountains. They are territorial.

They prey on deer and have figured out how to turn the porcupine on its back to get to the underbelly.

The cougar has many names: puma, mountain lion, panther and cougar. Cougar is its South American name and the name puma comes from the Quechua language spoken by the Incas.

When I was on my spiritual journey in Bolivia, Peru, and Machu Pichu, I saw many signs of the honouring of these three animals: the serpent, the puma and the condor.

Not long before I set out on this trip I had a vision of a black puma and it looked straight at me. It felt like an ally so I had no fear of it. Ever since then it has been one of my dream guides.

In Animal-Speak, Ted Andrews says: If cougar has shown up in your life, it is time to learn about power. Test your own…

Learn To Use The Power

When cougar shows up as totem, much of the trial has been worked through. Now is the time to assert…A cougar leaps at its opportunities. The deer is the cougar’s favourite prey. Anyone with a cougar totem should also study the deer…remember that power can be asserted gently. Cougar teaches you to take charge of your life and your circumstances most effectively.

My COUGAR friends, the women are powerful and in charge of their life and their circumstances. When they are dissatisfied they make the necessary changes.

When cougars mate, the female is often the aggressor. She will chase after the male of her choice and then give him a few swats to get his attention. When he reciprocates, they wrestle for a while before sealing the relationship. Male cougars do not have much to do with raising the young kits.

Like this kindly cat, they like to keep to themselves, in the high territory of their own minds and spirits, because they often feel that they have been hurt at the hands of their fellow humans.

Cougar people need to have their own territory. This is essential to their well-being and balance. They tend to mark their territory, whether it is of philosophy, of business or of relationships. Once this is marked they do not like others to intrude into it, without their invitation, and they will be hurt if other people try todo so.

Manage Cookie Consent
To provide the best experiences, we use technologies like cookies to store and/or access device information. Consenting to these technologies will allow us to process data such as browsing behavior or unique IDs on this site. Not consenting or withdrawing consent, may adversely affect certain features and functions.
Manage options Manage services Manage vendors Read more about these purposes
View preferences
{title} {title} {title}